Strathena is a serious game dedicated to corporate strategy learning and training. It has been designed and developped in collaboration with Xavier Fontanet, former President of Essilor and former member of the board in major international groups (L'Oreal, Schneider Electric...). Xavier Fontanet is now strategy teacher in business schools, journalist at the French newspaper Les Echos and co-presenter of the BFM Stratégie show on BFM Business TV/radio channel with Frédéric Simottel.

The videos, quizzes and the game can be followed (currently only in French) on various platforms:

. On an iPad, after having downloaded the free mobile application Strathena on the App Store

. On an Android tablet, after having downloaded the free mobile application Strathena on Google Play.

Several videos, a quiz and a game session are accessible for free. An advanced level is accessible with a subscription model.

The game can be played in 3 modes:

. The solo mode is the one which is proposed on strathena.fr and on the mobile app. It enables players to play autonomously against virtual companies run by an artificial intelligence. This mode is also adapted to distance training.

. The multiplayer mode enables players to play against other players under the supervision of a trainer. Each player runs the strategy of a company that is in competition against those of other players. This mode is well adapted for schools, universities and training organizations. The difficulty level can be adapted to the level of players, from high school to university or professionals. It has been used in high schools, in training sessions of entrepreneurs and by EY in a pre-recruitment process.

. The simulation mode is a mode in which all companies are run by artificial intelligence without human intervention. With this mode, it is possible to automatically compare different strategies so as to evaluate their efficiency. This mode is well adapted to corporate and strategy consultants. 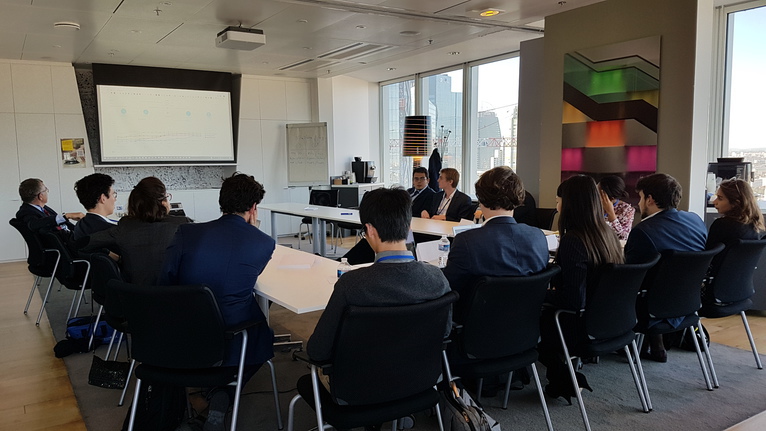 Among our customers and partners :

. EY, one of the biggest audit and consulting firms in the world

. ShARE, an innovative start-up at the crossroad of education and consulting that runs a leadership programme to turn bright university students into Do Well Do Good leaders (under the patronage of Tony Blair, former British prime minister).

. BFM Business, the first TV/radio channel in the field of business information 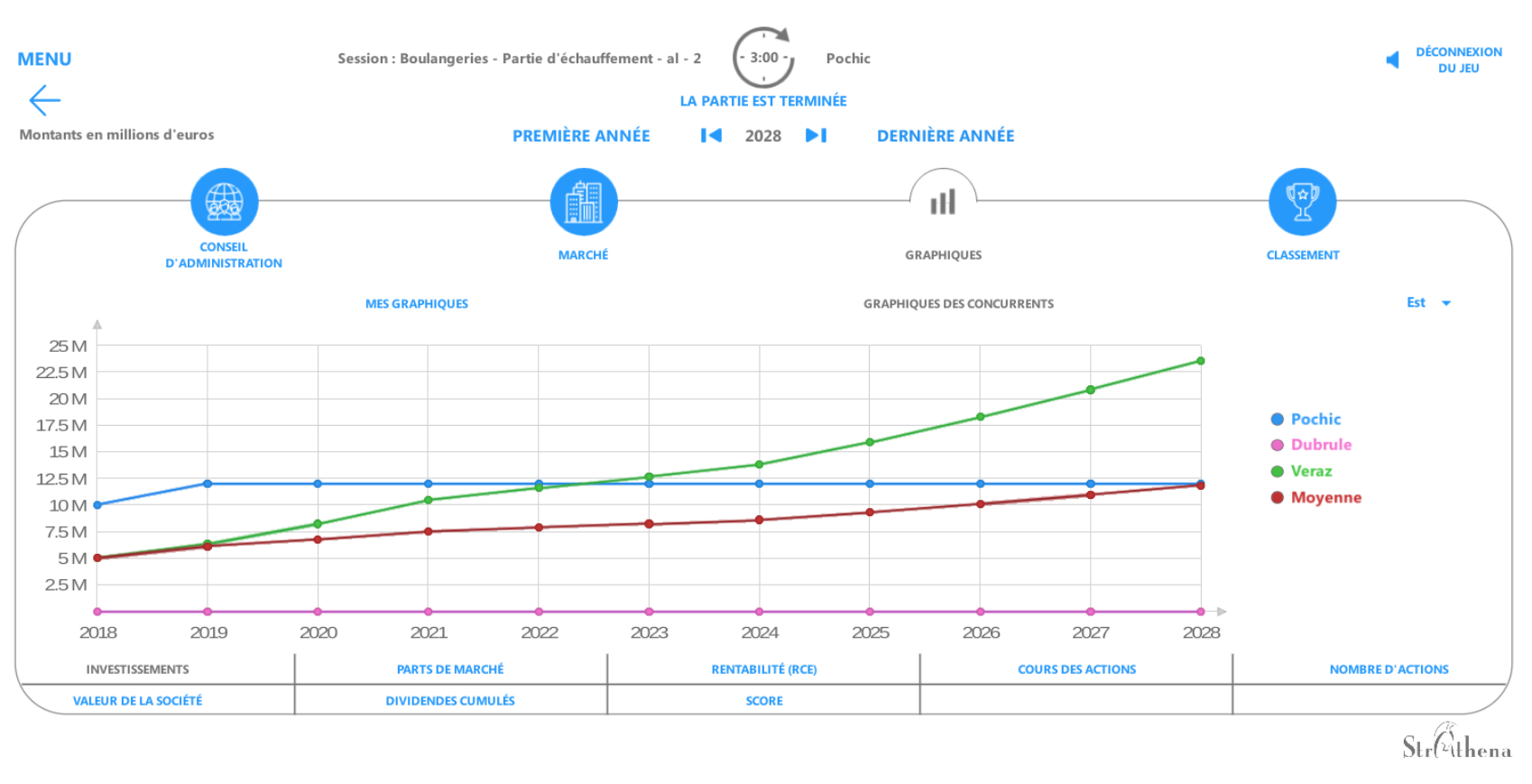 In partnership with the French TV/radio channel BFM Business, Interactive 4D and Xavier Fontanet have launched since 2018 3 gaming contests. 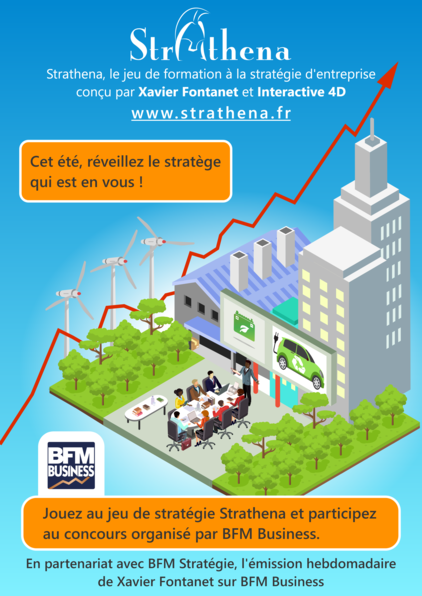 The first contest ran from July to September 2018 on strathena.fr. It was free and open to everybody.

Like in any sport competition, players had to warm up, then to train to participate in the ranking.

Phase 1) Warm up
Players watched the videos of the BFM Stratégie TV training course and answered three quizzes with an increasing difficulty.

Phase 2) Training
After having completed the quizzes, players accessed a training session of the game. The game was proposed in the solo mode and so players could play autonomously against virtual companies run by an artificial intelligence.

Phase 3) Competition
The 400 best players have been qualified for the finale phase. They received early August an email informing them of their qualification and granting them access to new game sessions.

This phase was more difficult as players had to play against virtual competitors run by more sophisticated artificial intelligence.

Phase 4) Final ranking
The three players with the best scores were invited in December 2018 on BFM Business TV channel to present their winning strategy (see the below video and on https://strathena.fr/concours-bfm). 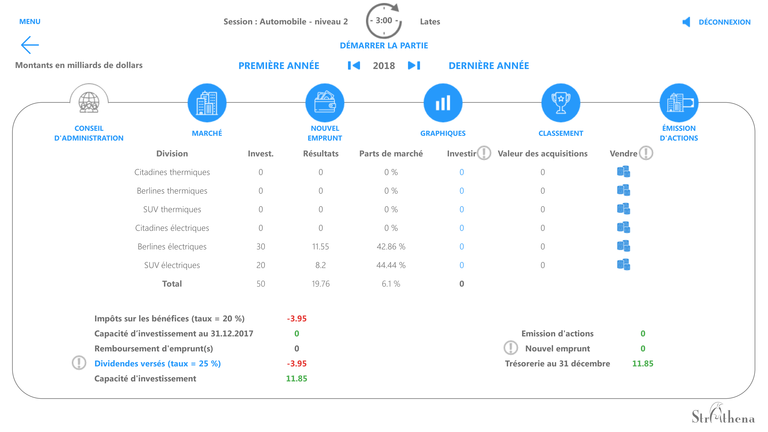